It’s hard to believe our financial system is working anything like it should.
Austerity is spreading the world and with it comes a new poverty. More cuts. Less money.
The next generation are currently losing rights to healthcare and education.
As economies fall apart and cultures debased, our people sink deeper into debt.
Today’s bills are being passed onto tomorrows generation.

Many of these debts are structural. They are liabilities from the monetary system. A code which interprets our world in terms like these; This is a behavior model. It asserts to understand people. It exists so traders can place bets. Bets that keep money flowing. The same money that preserves values. Bets that leverage lives. Bets that risk national standards of education and healthcare. Bets that sometimes go wrong. Big time.

So if the code’s not working as it should then what can we do?
One option is to resolve the underlying design issues with an open source approach…

Open source is a software movement. It opens up the code so as to solve issues with a wider audience.
Open source means freely available source code and the ability to make modifications. Acceptance would bring Evolution by design.
Such a radical approach would intend to solve current shortcomings in our ongoing monetary crisis but in the long run, would inevitable change the very thing money does.

As Aristotle said; ‘the purpose of money is to facilitate.’
To preserve this purpose three primary functions are needed; a reliable means of exchange, a durable storage of value and a quantified accounting unit.
So to ensure currencies are fit for purpose, money standards are always dominated by Governments who retain control through Banking institutions.
Such central influence brings a variety of control levers throughout society.

An open source system would have to operate differently. By definition it would require transparency.
In doing so a network model would be introduced. One with feedback loops, fail safe mechanisms and improved modular components.
Consequently we’d have less risk of failure through central failure.

Any open source money system designed in the modern age would be richly annotated. The data would show a history of issue, purpose and usage with every transaction.
The idea would be to reduce inefficient debts by collaborative design. Imagine the potential of rewriting these rules.
This is the premise of open source currency.

As the world lurches everyday deeper into a new poverty, we need more debate on what our financials systems actually achieve and what else they could do.
Our systems cannot afford to be held sacred.
When Adam Smith first proposed capitalism, he asked people to imagine a new economy. One separate from people.
He told a story of savages who could only trade by means of barter.
He described how inefficient their world must be.
His tale gave birth to an autonomous money system. A system of self interest. Capitalism.

We know now, that Adam Smith’s version of events was not true.
There has never been a time or place when barter was the economic foundation.
His story referred to the unknown worlds of Native Indians. Yet years later, their culture became better understood and we learned their economies were run by a women’s councils who allocated resources from the tribes collective pool. Barter was not an economy at all. It was just a method of trade reserved for dealings with strangers.

This realization came too late to challenge the rise of Capitalism. Already in vogue, our present system evolved into what it is today. But let’s not imagine that this is all it can be.

Today we have new capabilities. We live in a globalized world with powerful tools and rich communications networks. We can design currency in deep and meaningful ways.
By even contemplating the step toward open sourcing money, we would open new imagination and potentially bring wealth beyond market supply and demand.

To expand upon the possibilities, my next post magine all the moneywill explore how people’s concepts might look. I’ll discuss abundant currency frameworks, Local collaboration networks & spend filters on taxes but a bigger network would develop and evolve more ideas and with more finesse.

Let’s redesign… Let’s innovate with the management of money: Make it open source, transparent and interactive. 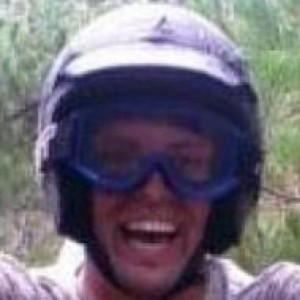