Money makes the world go round and money is dominated by debt. Don’t believe anything else. 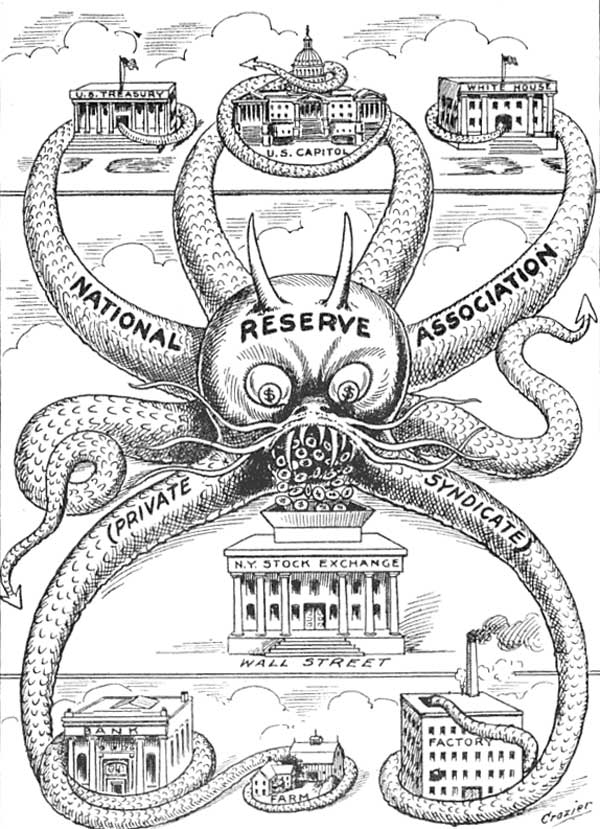 For perspective, let’s examine the US economy: In 2009 the US spent $400 billion repaying interest on their national debt. They also spent $1.5 Trillion buying down rates and Quantitative Easing. That’s $1.9 Trillion which ultimately wound up in the hands of the central banks and their surrogates. $1.9 Trillion that was spent on interest and financing. $1.9 Trillion that created no value outside Wall St.

Compare that to the $2.2 Trillion of received federal tax income. $1.9 Trillion spent on baseless speculation and debt leverage leaves only $300 billion to pay for the real stuff – schools, hospitals, emergency services etc.

Look at the debt speculation and look at interest payments. They’re enormously disproportionate. This implies that nearly all US productive effort last year is being transferred into central banks. Central banks that are privately owned.

This tightening dilemma of ‘repay or rollover’ is the real root of the US and global financial crisis. This is why schools are closing, companies are going broke, homes are being lost and society endures an ongoing shock and awe.

Don’t get me wrong, banks have value in society but this is beyond a joke. It’s actually quite ludicrous that the people of the United States, or any country, should pay private individuals for the use of a money system.

There is a fundamental design flaw here. One that must be addressed. Anyone who disagrees is telling a lie or taking a cut. How has it gone on so long? The public private money system is now creaking at the seams.