Countries are invaded in the name of democracy. Can we design a better democratic system please? 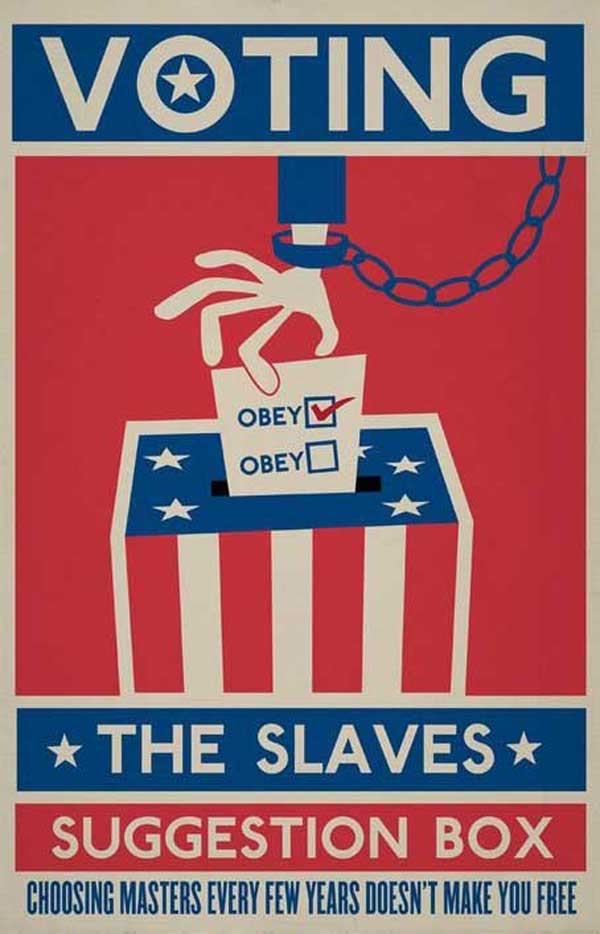 Politics is an ancient game. It’s based on collective decision making.
In 387BC, Plato founded the Academy and etched out the first theory of Democracy; a process for making decisions together.

Thousands of years later, Democracy remains the fundamental force in modern politics.
For most people, it’s defined simply as the right to vote.

In this way millions of people are represented by a small group of people elected from a shallow pool of term politicians.
Once elected, a typical politician sees out a term of about four years. Which usually breaks down into something like, one year of dismantling past policy, two years of paying back the campaign trail and one further year seeking re-election.

Designing for the future should probably live beyond politics. All of the data reports that long term goals are simply unsustainable for term politicians.
Currently it’s like a big game of Pop Idol. A mere popularity contest between a bunch of twats to see who we dislike the least. Pure gloss.

The irony here is that we’re more connected than ever. Yet citizens have very little say in policy matters.
The electoral mandate affords politicians the right to ignore popular objection. How convenient.

The ruling influence that is gained by election provides a legal authority to carry law.
Democracy asserts that these laws should be carried forth by a representative majority and should signify popular opinion.
In practice, it’s very different. Policies are devised and constructed autonomously by think tanks with vested interests who then apply leverage through political means.

In practice we have a ruling class. Our democratic ideals are corrupt. Our fair governance, polluted by a dictatorship of ideas.

Here’s one example from the 2008 US elections; Lockheed Martin (an arms contractor) donated $2,612,219 for campaign financing with 51% to Republicans and 49% to Democrats.
Lockheed derive 80% of revenue from Government sources. So they need to hedge bets. Do we really believe these contributions did not influence legislature?L

Power to the people, this is not.

These puppeteers live well beyond the political term. Big Corporate needs long term security. So politics is for sale at a perverted discount. Investments need protection. But then so does society and culture. And thankfully we are more connected than ever. So new solutions are now ready and waiting to be invented.

In a medieval world there was no better alternative than empowering people and giving them our trust. But in this modern age, we now have networked technologies. We have new disruptive ways to enhance the old model. So let’s consider the goal of politics is better collaborative decision making.

One way to change things rather quickly is to elect ideas instead of people.
For instance if voted on the issues separately – simply tally up how we all feel. Make a list of priorities rather then people then we’d be able to contribute our ideas on actual solutions.
Our political process, could be designed to aggregate our collection opinions, absorb the best ideas and then elect the most qualified experts to tackle each issue head on.
Let’s face it, we’re in a corporate world now. No company out there would hire a single team to tackle every mission. Especially not from such a shallow talent pool. Politics should be no different.

At the very least, we need a serious conversation about how to directly involve our citizens and harness the interactive potential of the internet.
In this advanced society we owe it to ourselves to demand more than just a vote. We want a say.
At the least, let’s ensure the electorate can prioritize their key topics of concern rather than just vote for someone.
But more than that, let’s also enable them to collaboratively design, measure, quantify and improve levels of human progress.
With networked approaches we can build a specialist, efficient and decentralized society.

Vote on issues, not on people. Make decisions collectively. Isn’t that what politics is all about?